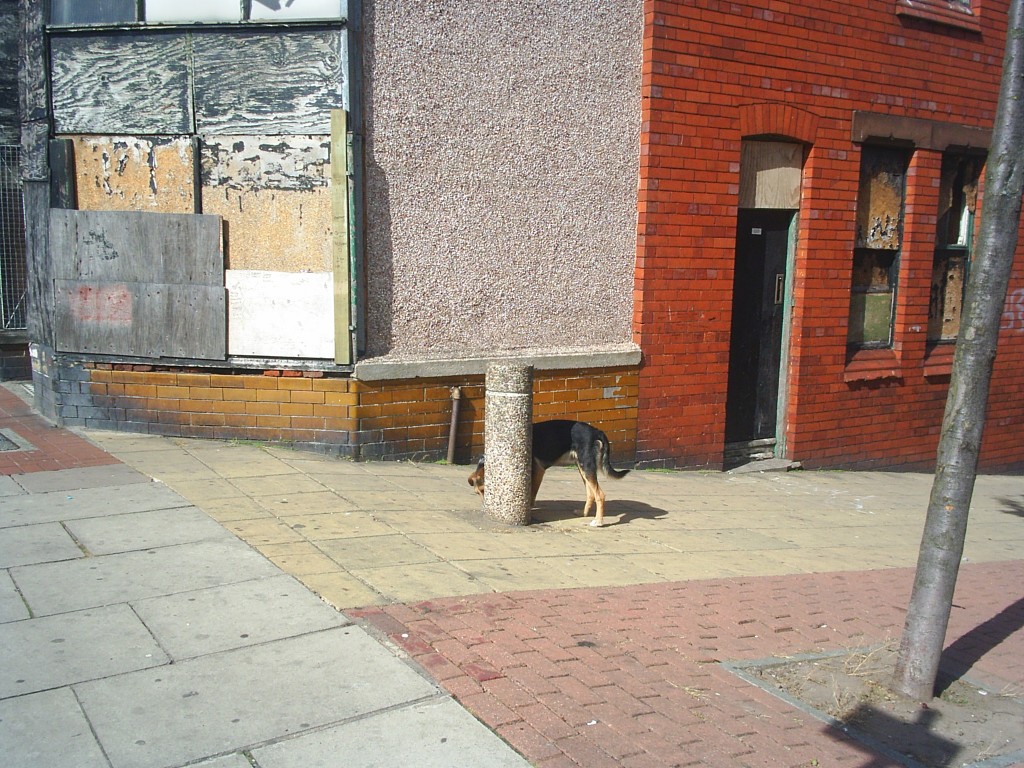 I’ve recently landed an exciting job working for a small organisation called Unfinished Histories. They have a Heritage Lottery Fund grant to record British Alternative Theatre, 1968 -88, through interviews and collecting of archival material. We’re on the look out for preforming artists and directors who were involved with alternative companies that performed in the Camden and Lambeth area during this period. If you were part of this scene, we want to hear from you!

One of the most fun things about Unfinished Histories so far is getting to know all of the names of the companies who trod the boards back in the day. Cunning Stunts, Beryl and the Perils, Gay Sweatshop and Brixton Fairies are some of my favourites so far. Though overall, the company name that’s really had me reeling is performance art group: BIRKENHEAD DADA.

Growing up a twenty-minute train ride from Birkenhead in Ellesmere Port, I’ve always considered myself an affiliate of the working class, post-industrial, straight-talking attitude that Liverpool and its surrounding towns seems to represent. While I have countless positive things to say about the area, I’m sure I won’t be considered unreasonable when I say that Birkenhead in the late 1960s is not the first place that you might have expected to find a Dadist performance troupe.

I HAVE TO FIND OUT MORE ABOUT THESE PEOPLE…

A google search has not been terribly fruitful. I now know that there is a Chinese restaurant in present day Birkenhead called ‘Dada’, but that’s about it. Can anyone help me to locate former members of Birkenhead Dada? If it turns out that they performed in the Camden or Lambeth areas, I’m keen to make them one of the featured companies on the Unfinished Histories site. According to the Alternative Theatre Directory individual performers were Allan Brame, Thom Gorst, Keverne Smith and Miranda Smith. Do you know where they are now? Did you see them perform back in the day? Even better, did you take photos of their shows? Leave me a comment below, or send me an email. I will get back to you right away!

3 thoughts on “An unlikely place for performance art? Help me find Birkenhead Dada…”