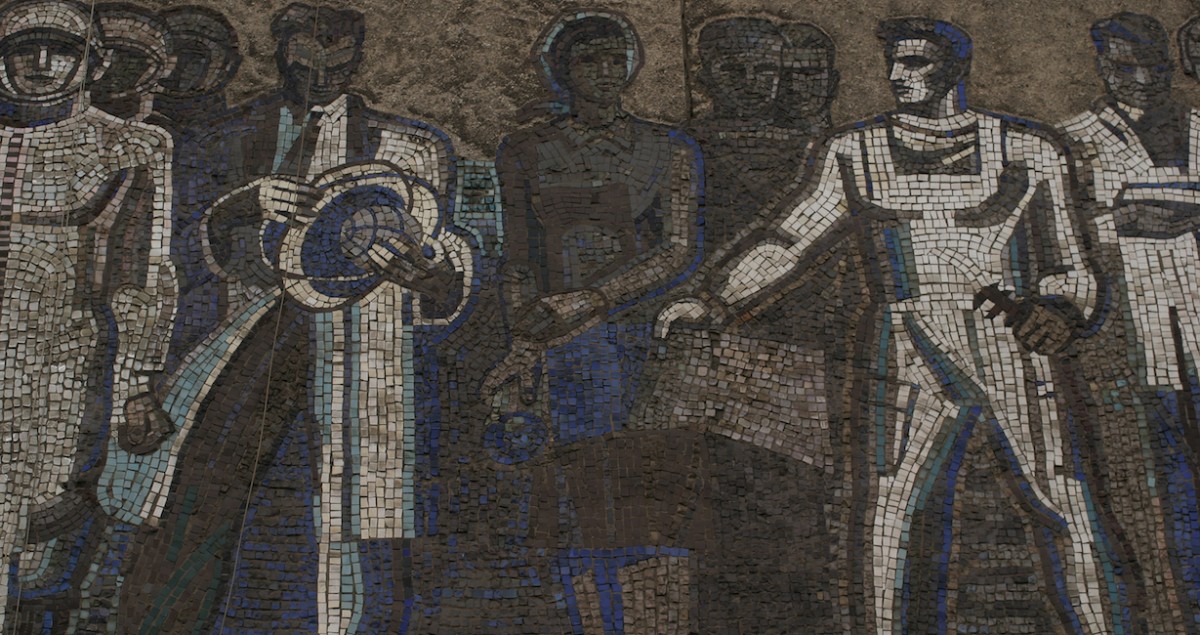 I am writing to outline why I am deeply concerned by the decisions made about Federal arts funding in the 2015 Budget, especially the proposed introduction of The National Program for Excellence in the Arts.

Next month I will be celebrating one-year spent living in Australia. I moved here from London, one of the world’s cultural capitals, because I believed it would be exciting and rewarding to live in a country that has obviously gained so much cultural and artistic maturity in recent years. I had heard reports of fantastic events at places like Performance Space and Firstdraft (both funded by the Australia Council) and had decided that a city like Sydney could offer me a life culturally rich and vibrant enough to rival my beloved London.

In world-class cities like London we have often been guilty of imagining Australia as our poorer cousin when it comes to art and culture. Since moving here I am more convinced than ever that this is not the case, having met so many fascinating artists and writers who are experimenting with new ideas and creating a city that is alive with creativity and intellectual debate. Yes Sydney is world famous for important cultural icons such as the opera house and yes large-scale performing arts have a role to play in bringing visitors to this incredible city. But these things alone are not enough to convince the world that Australia is a nation with a sophisticated and diverse culture. The small artist led galleries and theatre spaces that enliven the streets of this country are places where artists receive their training and create events and shows that surprise and delight visitors. If the current arts minister wishes to demolish the dynamic and youthful reputation currently enjoyed by cities such as Melbourne and Sydney at an international level, then I believe that the introduction of the new National Program for Excellence in the Arts is a surefire way to achieve this aim.

The NPEA will not fund individual artists to make their work
The tourism sector is one of the world’s fastest growing economic sectors and investment in culture has been shown to reduce poverty and inequality while raising visitor numbers (UNESCO, 2012). The arts are known to increase self-esteem and community engagement (Landry et al, 1996) and have played an enormous role in the regeneration of now thriving cities in my home country. However the new National Program for Excellence in the Arts guidelines state that it will not fund individual artists. Moreover the funds used to create NPEA have been cut directly from programs in the Australia Council that did. As a result it is likely that artists will struggle to make a living from their practice and arts led improvement of community and environment will be much harder to achieve in Australia.

When individual artists receive a grant from The Australia Council, they are funded to do work that will help them develop as practitioners. This is as essential in the arts as it is for scientists or sportsmen and women. Contrary to the ill-informed accusations of frivolity that have been circulated in the media, an individual in possession of an Australia Council grant must comply with a set of criteria that ensures audiences and communities receive some exposure to or benefit from the work. This means that every individual artist funded by the Australia Council is indelibly linked to the audiences that they serve, ensuring that arts activity improves its surrounding area and the communities within it.

I believe that artists, writers and cultural producers make Australia a desirable place to live and work. They transform cities from faceless centres of commerce and consumerism into places that overseas visitors like me might actually want to live, work and spend their money. If artists cannot get paid for their work here they may need to relocate to one of the more forward thinking countries around the world that will fund them fairly to contribute to the local economy.

The NPEA will not allocate funding at arms length.
In the year 2015 I feel painfully embarrassed to have to point out that it is undesirable to have politicians make decisions about how money is spent in the arts. I don’t want to sound like I’m getting extreme, but Hitler and Stalin both attempted to do this and produced some of the most tedious and forgettable artworks in history.

Since 1975 under the Australia Council the arts have enjoyed an arms length, peer-reviewed assessment processes conducted by groups of people with years of experience in the arts. This is a democratic process led by diverse communities and based on rigorous selection criteria that always includes a commitment to community and audience engagement. In the National Program for Excellence in the Arts, the Ministry appears to be establishing a bureaucracy with clearly stated preferences, especially toward the performing arts and theatre. So far Brandis has permitted himself to award several millions in non peer reviewed funding to organisations run by his peers and friends (Eltham, 2015). In a developed society we would never allow such undemocratic measures to applied to spending in science or medicine.  What will be the impact on the international reputation of Australia’s cultural hotspots, if draconian and dictatorial measures are used to decide what kind of art is made in this country?

The NPEA will not nurture talent for the future of Australian arts
As a relative newcomer to Australia, it has been challenging to get to grips with the details of this heated debate around cultural funding. However one message that has been communicated clearly by so many  friends who know the arts sector here, is the tragic impact that the removal of $104 million of funding from The Australia Council is likely to have on Australia’s youngest aspiring artists and cultural producers. As an example many of them site ArtStart, a relatively modest fund designed to support new arts graduates, which has been completely withdrawn as a result of Brandis’ redirection of investment. While the arts minister continues to pump large quantities of money into selected established performing arts companies, he fails to recognise that even the artists involved in these glittering enterprises will have needed individual support in their early career. Artists/dancers/writers do not graduate from their training ready to produce Oscar winning films or dance for the national ballet. Brandis’ demolition of The Australia Council will help ensure that only graduates with funding support from parents or partners will have the opportunity to advance in their chosen field, creating a real blow for cultural diversity in the arts.

I came to live in Australia because I believed I could have a life that is culturally rich, varied and vibrant. I am hopeful that this senate inquiry into arts funding will recognise the threat that Brandis’ National Program for Excellence in the Arts poses to the diversity of arts practice in this country and will take action accordingly.

Leading or following? Social engagement and mass participation in the Cultural Olympiad