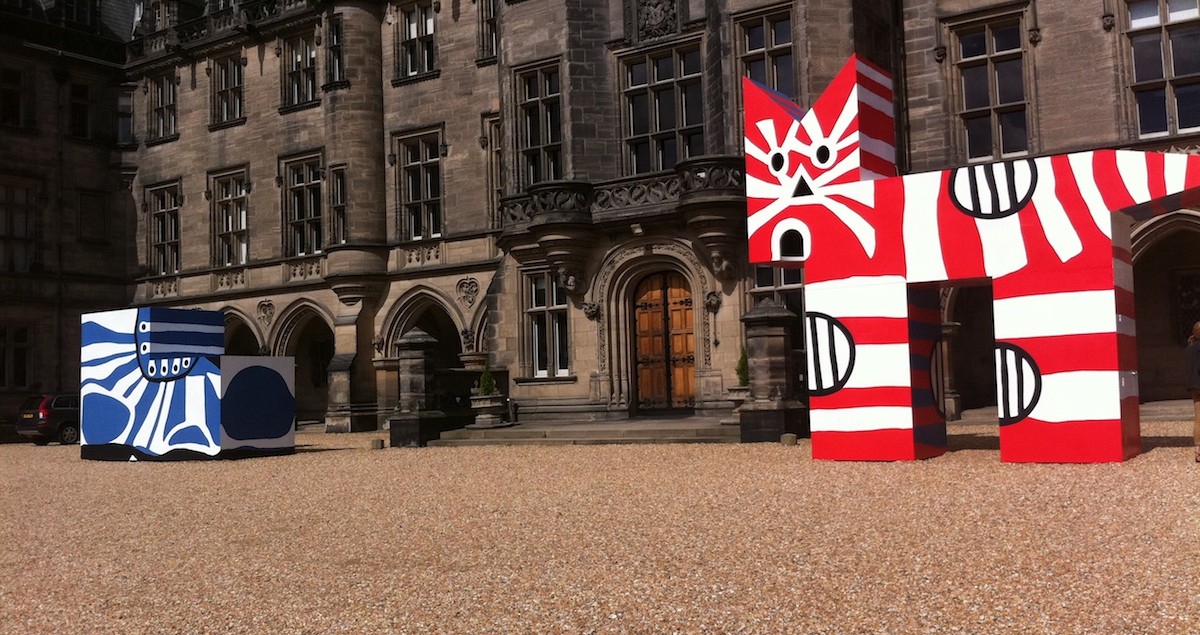 Published in The Skinny

There’s a snippet of academic art speak that can still bring me out in hives five years after graduating from Glasgow School of Art. The context is half the work is the careworn mantra embedded into the psyche of the school by David Harding and his peers who founded the highly successful Sculpture and Environmental Art department in the mid 80s.

As alumni of GSA Joanne Tatham and Tom O’Sullivan know how to pitch a discourse around public art that will make academics associated with this prestigious history salivate. The indirect exchange of uncertain value is a project funded by The Scottish Arts Council’s Public Art Fund, but located on private land, setting up a contradiction around the use and abuse of public money to fund the gentrification of private space.

Fettes College, one of Scotland’s most prestigious fee paying schools, has opened its grounds (but not the building) to accommodate two new sculptures by Tatham and O’Sullivan and additional works by Chris Evans and Elizabeth Price. Visitors to the site participate in orchestrated tours, during which the guides report that Tatham and O’Sullivan’s enormous cat and boot structures have no specific artistic meaning. A sculpture by Chris Evans, installed behind the college’s locked doors cannot be looked at, but is communicated via a written description read aloud. These oblique strategies waver between cerebral genius and experiential wet lettuce.

That this commission facilitates public access to the grounds of a fascinating private building affirms it as an act of significant cultural value. Yet the soft criticality of these works perhaps forms the most telling statement about the true nature of public art. If the context really is half the work, then perhaps established discourses around public art should only be considered as half of the context?